Many artists think of themselves as misfits. Many artists think that they are perfectly “normal”, but think others see them as misfits. Some artists don’t care how others see them. Or so they claim. Whatever. The reason I started thinking about this is because a friend of mine recently called me a misfit. I thought about this for a moment…Then I agreed. 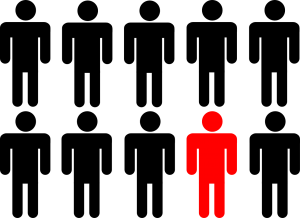 “Permanent” partner, picket fence, children, car seat, car, etc…all the markers of the perceived normal acceptable conventional life: I have none of these. This is not by design. Nor is it an accident. It’s just the natural outcome of the person that I am – seeker, thinker, artist, one who likes to ponder, something of a loner. Is it wrong to be this way? Only if it’s wrong to be myself. Would it be more acceptable to wedge myself into a more conventional frame? Maybe. But it probably wouldn’t be a pretty picture. And being wedged in sounds kind of…painful.

I grew up at a time when creating the perception of the pretty picture, within an accepted frame, was paramount. Although, not without irony, many of the TV shows I remember watching as a child had single parents as the head of the households (My Three Sons – in syndication, The Partridge Family, One Day at a Time), step families (The Brady Bunch), and others raising children (Family Affair, Different Strokes, Spider-Man). There were also a plethora of “unusual” or “odd” TV characters as embodied by Paul Lynde, Charles Nelson Reilly, Rip Taylor, the character of Jane Hathaway (as played by Nancy Kulp) on the The Beverly Hillbillies, and the non-binary puppet, Casey on Mr. Dressup. Comedians like Flip Wilson and Milton Berle regularly appeared in drag.

Many of our parents were getting divorced. And some of our mothers were starting to rebel against their gender defined roles. Yet I still remember being indoctrinated, in elementary school, with black & white 16 mm industrials from an earlier era. These films, projected in darkened classrooms, preached very traditional messages about the roles of men, women, sex, and even hygiene. The message was that we should aspire to a very Leave It to Beaver style life. Those of us who later chose to live outside of this frame were considered odd or deviant or worst of all the dreaded “S” word…wait for it…SELFISH!

The idea that there would ever come a time when the misfit would take centre stage seemed like a very remote possibility. When I was a kid, misfits were usually the punch line of a joke, or someone to be tolerated at best. Mostly they were someone to be jeered or avoided. If they were accepted at all, it was usually with pity. A misfit celebrated? Outside of a Broadway musical, that could never happen. Except that…it is happening. At least it seems that the misfit is currently having a shining moment in time – or at the very least, getting a lot of attention.

“All is disgust when one leaves his own nature and does things that misfit it.”

For those of us who are not millennials, the idea of a fluid, non-binary, audacious new-pronouns-seeking group of young folk may seem like a fresh generation stumbling toward a re-definition of old ideas and morés. For some, these new ideas may seem dangerous and anathema to the status quo. For some of us, however, these ideas may seem like the natural evolution of previous so-called radical (or just different) ideas of being. The youthful push for change may appear to be excessive to some. New ways of being can be pursued in non-circumspect ways by the young. However, as the ideas settle in to their logical place within a diverse world, I believe that they will find their rightful place within a balanced society. A cisgender mother and father, raising children in a loving home, should always have a place of honour. But perhaps the misfits will finally be truly allowed their own honourable accepted existence within any society dedicated to the free expression of all human beings – without exploiting those who are not old enough, or able-minded enough to decide for themselves.

“Then I read Little Women, and of course, like a lot of really young girls, I was very taken with Jo - Jo being the writer and the misfit.” 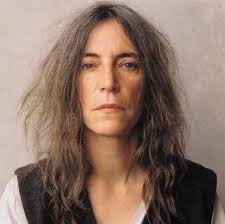 As many misfits have been subjected to ridicule, derision, and in some cases outright cruelty, perhaps the young misfits can bring the sensitivity of the mocked to the table, and forge a generation of compassion. The replacement of a rigid standard by even more rigid demands will not enlighten anyone, or move our society forward in a meaningful or constructive way. I have faith in the youth. I am rooting for the misfits. 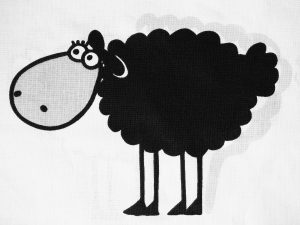