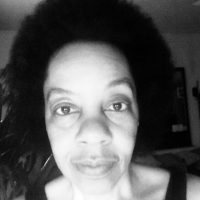 Recipient of creation and production grants from Canada Council for the Arts, Ontario Arts Council, and  Toronto Arts Council. 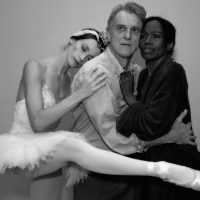 The first project was a co-production with Threshold Theatre, in 2011, of Swan Song of Maria (A Tragic Fairy Tale), at the Next Stage Festival in Toronto.

In March of 2018, Threshold Theatre and El Destino Productions produced a well received public reading of my play, Stormbound (Crystal Ice Reflections). Stormbound was an award winning CBC radio drama, that started out as a stage play.

The mandate of El Destino Productions is to produce work that explores the point of view of the Black voice – in all of its humanity – as it exists in Canada in the 21stcentury. The Black voice in relation to itself and others, and in its murky reflection in a country where there is no single clearly shared black culture to dive into, nor to draw from.

El Destino Productions is a company that shifts shape and creative personnel according to the needs of the work. A company that strives to match sensibility to work: work that’s neither snobbishly exclusive, nor patronizingly inclusive. The voice of the work is Black. The artists who bring the work to life are diverse, honoured and respected.

There is no such thing as colour blind casting. No one is blind to anyone’s colour. So, rather than pretend we are, we produce work that speaks to our shared humanity in the face of our ever evolving, colliding, co-mingling, sometimes cruel, sometimes poetic – potentially inspiring – differences. Work that comes from the kind of confidence and commitment that trusts it will find its audience, and knows it will trust the audience it finds. Work that is unafraid to use poetry, beauty, emotions and simplicity to tell, sometimes dark, human stories: stories that explore both the fusion and collision of intersecting myths, cultures, races, traditions and histories that is contemporary Canada. 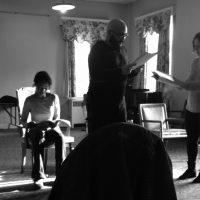 Collaborating with Threshold Theatre to co-produce an independent production of Stormbound with El Destino Productions.

Working on a documentary film.

Thanks for visiting my site